How Legal are your Covert Cameras? 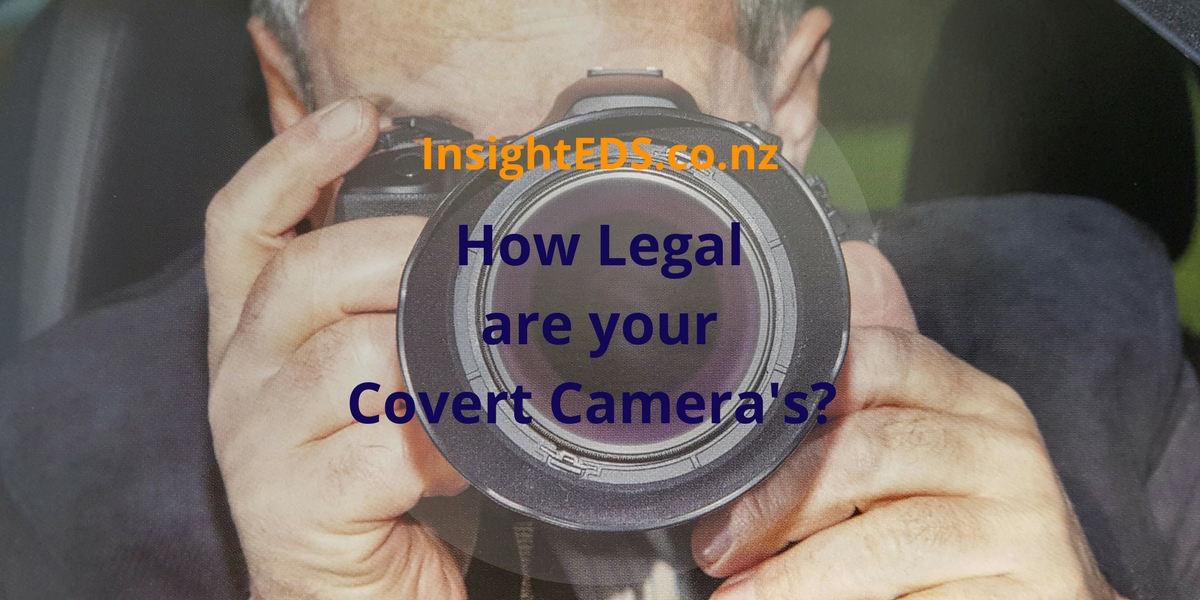 Covert CCTV is a valuable investigative tool, but there are important ethical & legal issues that need to be considered before deploying

The rule of thumb in New Zealand is that covert cameras are allowed to be used if you believe wrong doing is taking place.

You are not legally permitted to use listening devices with covert cameras.

You are not allowed covert CCTV in areas which may capture intimate visual recording or be deemed a breach of privacy.

Below are some of the key elements of the privacy principles relevant to the use of CCTV:

Recently there has been a increase in covert cameras being used in Rest Homes. If the resident was unaware that a covert camera had been installed in their room this would be a breach of the Privacy Laws. In the instance where the resident had given their consent for the use of covert camera’s due to perceived wrong doing i.e. stealing of personal belongings or misuse at the hands of a carer, they are accepting the intrusion into their privacy so it is not a breach of their privacy.

A bus driver is suspected of not putting all the cash for tickets through the bus till. A covert camera is installed which proves he was stealing. In this instance if he had been informed a covert camera was going to be installed it would have negated what the camera / agency responsible was trying to achieve.

So long as ethical and legal issues are taken into consideration, Covert Cameras are an effective security tool