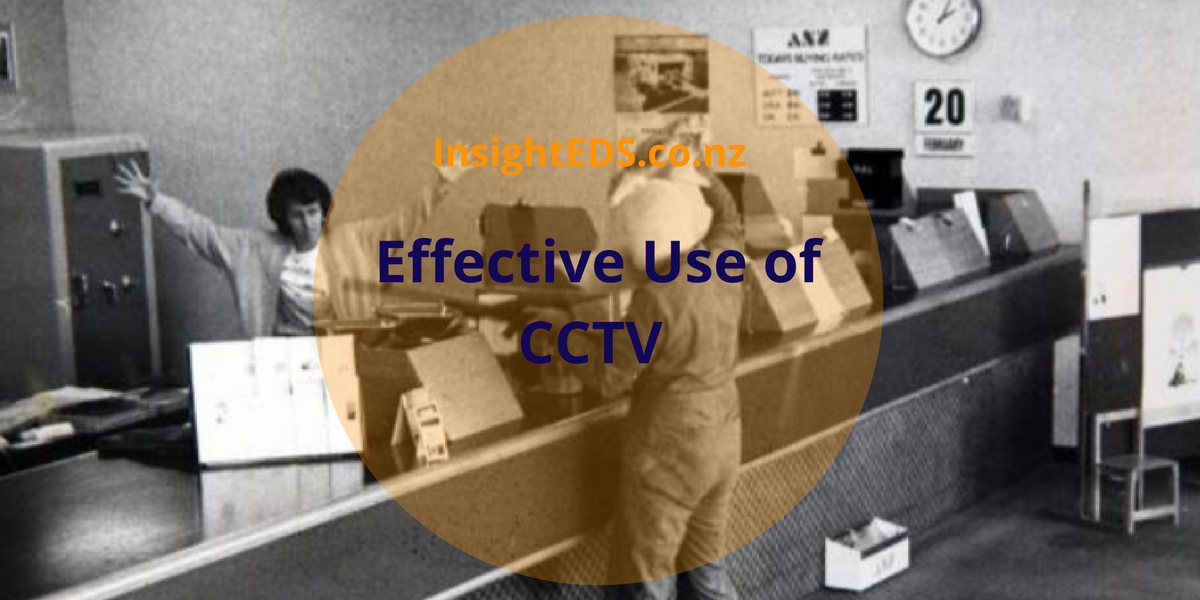 The effective use of CCTV proves invaluable Security tool

With the mass move to on-line transactions, improved surveillance and security technology. This coupled with changes in branch design are making bank robberies less lucrative and those attempting them more likely to spend time behind bars.

Bank robbery used to be the gold standard in villainy. During the 80’s and 90’s most bank robberies were committed by those affiliated with gangs or by hardened criminals.

Today, suggests Loeffellechner (BNZ head of financial crime and security) robberies are mostly attempted by young men who are amateurs desperate for cash.

With the effective use of CCTV they are normally caught within days if not hours. The average time before a bank robber is apprehended is 3 days.

The shortest getaway recorded was the man who robbed the Upper Hutt in 2009 at 1.35om on August 27th. By 2.45pm police had arrested him.

Insight EDS has proven expertise in the effective use of CCTV and can ensure your security cameras are doing the best job they can.